“One Man, One Museum, One community, Shamokin’s fire history” is an original documentary produced and edited by students at Bucknell University, that focuses on the Shamokin Rescue Fire Museum and the life work of John Smith. 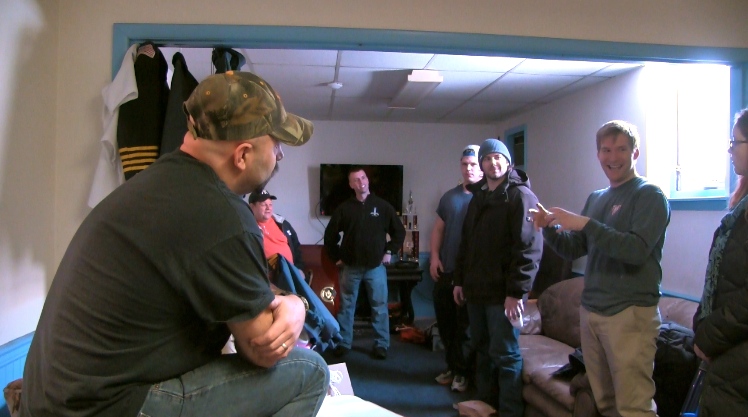 Students interviewing the fire fighters from the City of Shamokin’s Fire Department. From right to left, the students are: Michelle Lutz, Colin Sygrove, Connor Hayes, and Clayton McManus.

The video was a final project for SOCI 206, Video Ethnography, taught by Professor Carl Milofsky. Colin Sygrove ‘15, Connor Hayes ‘15, Abu Chowdhury ’15, Clayton McManus ’15, Michelle Lutz ’17, Laura Lujan ’17, and Stephanie Salazar ’17 were the students who collaborated with firefighters from the City of Shamokin’s fire department, arranging and filming interviews to be condensed into a fifteen minute video.

John Smith was a valued member of the Shamokin rescue fire company and the town historian. For nearly two decades, John Smith’s collection of Shamokin fire memorabilia was stored in the Rescue Fire Company garage, until 1997 when the Rescue Fire Museum was established. The film captures the appreciation that the firefighters and Shamokin community have for John Smith’s work and the value that the museum has in preserving the town’s history. 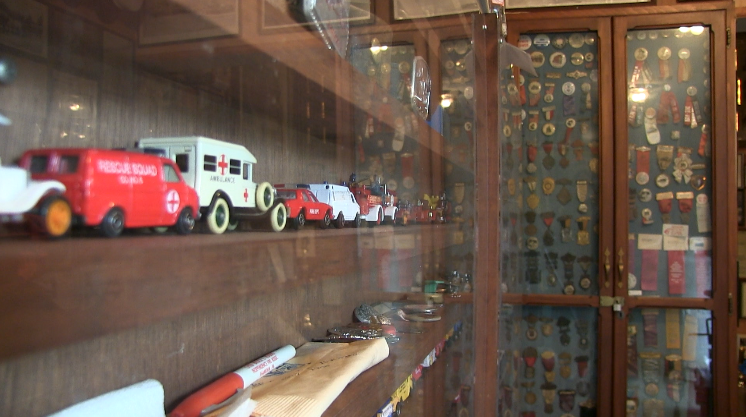 Historical Items on display at the Museum 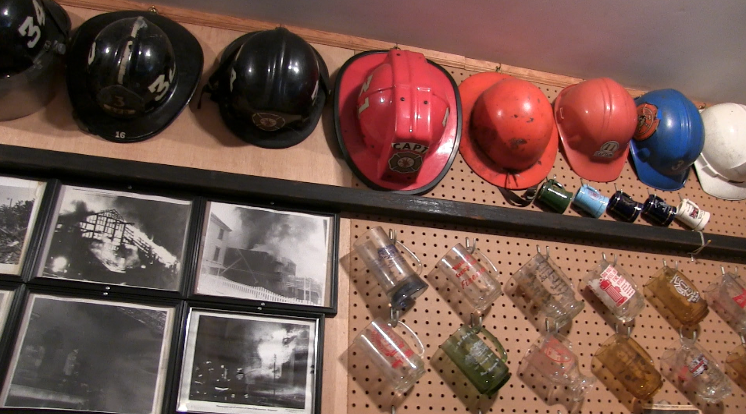 To see the film: https://mediaspace.bucknell.edu/media/Shamokin+Fire+History+Museum/1_3lo4tvoz

James Benning’s film, Thirteen Lakes, is not for the impatient. 135 minutes long, the film consists of ten-minute stationary shots of thirteen bodies of water across the Unites States.

On April 14 the Campus Theatre played Thirteen Lakes in front of a small audience. The event was co-sponsored by Bucknell’s Office of the Provost, Department of English, Programs in Environmental Studies and Place Studies, and the Center for Sustainability and the Environment. Scott McDonald is a historian of American non fiction independent film who shared his opening remarks. “This is a tricky film to introduce”, he said. He mentioned that it wasn’t a film for everyone. “If it’s something you can handle, great!”

Reactions to the film varied. The rustling heard in the quiet auditorium suggested the restlessness of some of the audience members. The two people sitting in front of me fell asleep fifteen minutes into the film. However, there were audience members who seemed to be completely entranced.

In his introduction, McDonald began by bringing up popular reality T.V. shows. Keeping up with the Kardashians, Dance Moms, Project Runway, are exemplary of shows that are fast paced and packed full of drama. Thirteen Lakes provides a complete contrast to the popular cinema of today. McDonald said that, “Everything is about hurrying up, and a speedy life.”  Thirteen Lakes is a film that demands that the audience slows down.

The stationary shots force the viewer to focus and meditate on the mystery and wonder of the natural world. Amidst our busy lives, the film reminds us of the importance of slowing down and taking the time to appreciate the environment and the place surrounding us.

It all started with an obscure book, Mountain Minstrelsy of Pennsylvania, published nearly a century ago as a collection of song lyrics gathered in the mountains of Pennsylvania by Henry Shoemaker, a folklorist and “song catcher.” It eventually found its way into the hands of David Bielanko and Christine Smith (members of the rock band Marah) shortly after they relocated from Brooklyn to rural central Pennsylvania. Excited by the idea of creating a new and relevant album based upon the lost writings, Bielanko and Smith took liberties in writing new original music, as well as reworking the 100+ year old song lyrics that were often fragmented – and at other times admittedly inaccurate. Finally they put together an analog studio in an old church in Millheim, PA and recruited a band to tackle the recordings, including Gus, an 8-year-old fiddle prodigy.

The album Marah Presents Mountain Minstrelsy of Pennsylvania was out February 25, 2014.

Check out this fun clip, which gives a glimpse of their music:

In October of 2013, Place Studies Videographry Intern Zander Massey, ’13, completed a short film about the Harry Smith Music Festival at Elk Creek. Here is what he made: 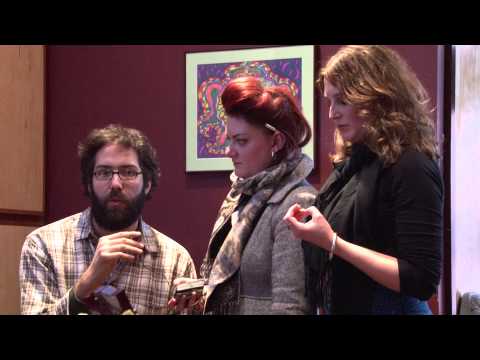 In the spring of 2013, the Strike Anywhere Performance Ensemble presented “Same River,” a multimedia exploration of Marcellus Shale hydraulic fracturing. Bucknell students conducted interviews with Pennsylvania residents whose lives have been directly impacted by fracking. The performance was composed of numerous first-person accounts of the effects of natural gas production. The volume of material presented offered a complex picture of “fracking,” a trend we’ve seen on the rise in Pennsylvania for about a decade. “Same River” seeks to draw connections, to give voice to multiple viewpoints and to acknowledge that we are all downstream, that the earth’s water supply is all the same river.  In order to process the performance, individuals were encouraged to share their thoughts at a town-hall style discussion afterwards.

In addition to the theatrical piece, other art forms were created and displayed. Local artist Nancy Cleaver and Bucknell scenographer Elaine Williams lead art-making sessions, with participants creating artwork on the topic, “Clean Water: Who Needs It?”

The “Same River” project was sponsored by the Place Studies Initiative of the Bucknell Environmental Center, as well as the Residential Colleges and the Department of Theatre and Dance.

The “Same River” project and its related activities are sponsored by the Place Studies Initiative of the Bucknell University Environmental Center, the Residential Colleges, and the Department of Theatre and Dance.