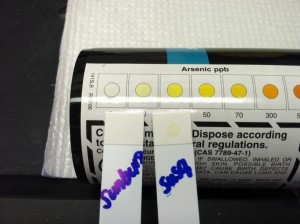 Once a week during the open enrollment period, a group of Bucknell students and faculty members assisted community members applying for the Affordable Care Act.

President Obama signed the Affordable Care Act on March 23, 2010. The law makes health care more accessible and affordable for many Americans and lowers the uninsured rate of health insurance. However, many who apply struggle with computers. This is where the Place Studies initiative comes into play.

Carl Milofsky is a Professor of Sociology at Bucknell University and the co-director of the Place Studies Initiative. In an interview, he discussed the importance of Bucknell’s involvement with the ACA, and what students and faculty gained from the experience.

“I think the obvious reason why it’s so important for us to get involved is nobody else is doing it, and people really need experience. We work with community partners and try to develop relationships with them.” He said.

Columbia County Volunteers in medicine, a free clinic that treats those who are uninsured, reached out to Bucknell and sought them out as partners. “People are always delighted and astonished that it’s Bucknell people who are helping them out. Bucknell has this image of being the rich place on the hill and when people make an effort to be out there it really makes an impression. I think that Bucknell ought to be doing that kind of thing.” said Milofsky. “It’s also been a fantastic experience for students. I mean aside from helping people, just the business of getting to know people who are low income and getting to know them personally just really means a lot to people.”

Every week the volunteers visited different neighboring sites in Union county, Sunbury, Mt. Carmel, and Mifflinburg. When describing the experience of assisting community members with the application process, Milofsky says, “It’s the kind of thing that’s just unavoidably personable.” Volunteers would help applicants enter their information into the federal website to see whether they were eligible for a health insurance subsidy. This deracinates personal information such as their income, family relationships, and their illnesses. In regards to the applicants Milofsky says, “They have tremendous appreciation for the people who help them and I think our students have been there for these kinds of personal conversations. The people just love the students.”

Sam Jacobson ’17 said he heard about the opportunity through the message center, and really enjoys the experience because of the personal rewards he gains from being part of the process such as building relationships with the people he helps, and the interesting stories he gets to hear about their lives. To become a certified application counselor, there was a six-hour online training course that he had to enroll in and pass. “It’s a really cool opportunity to ground Bucknell in the community that exists outside of Lewsiburg. It’s really challenging to work with government bureaucracy and opened my eyes to cracks and inefficiency in the system more so than any scholarly article can.” He said.

The overwhelming majority of the people that they assist are low income and below the poverty line and have real, personal struggles.

Milofsky accounted one of the first people he helped, who was a woman going blind. “If she went to the eye doctor once a month to get a very expensive injection, she could slow down the process of going blind, but it cost her $500 or $700 a month. Having a $2000 a month income and having to pay for food and everything else she could have spent the money on health care but it was eating up all her money for her and her husband. We all have money problems but can you imagine how one could live on that amount of money, and on top of it not only do you have the stress and anxiety of having a major illness but also not being able to afford to pay for the care you need to deal with it. That woman went through the system and her health insurance subsidy meant that she would only have to pay $250 a month for health insurance. You can imagine how on that income to suddenly have $400 dollars less to spend on health care, it was just huge. It just changes people’s lives.”

The future of the Affordable Care Act is indistinct, but the next big step and project to further what they have already done is an implementation of Health literacy. This includes finding out the reasons why people don’t sign up, and developing counseling programs to try to convince them to.

“It ought to be civil service. It ought to be that the government is sort of saying, why aren’t we doing anything? I felt a little stupid as a volunteer when I really felt it was the government’s job. And I think that will become more and more the case, so that as long as the people who you think would be responsible to do it don’t do it and as long as the government doesn’t fund it, I think we’re stuck in this position because the volunteers are the only way its going to get done. And it’s just too bad.” Said Milofsky.

Why is conservation of the Susquehanna River imperative to inhabitants of the river counties along the rivershed? What are the cultural, social, environmental, and economics assets that the river provides?

Buck Doyle explores and answers these questions in his Pilot Study for Envision the Susquehanna, research that was requested by the Chesapeake Conservancy.

In order to generate qualitative data necessary for his research, interviews of land and water conservation officials were carried out. The data obtained from these interviews will be used for the development of a survey that will transpire the fall of 2014, specifically a phone survey that will be allocated throughout the river counties. The results from this survey will expose widespread concerns and perspectives about the watershed, getting a diverse collection of voices from the community.

Buck hopes that this survey will thoroughly capture the opinions and voices of the community, and that his report will encourage and inspire more conservation work in the Susquehanna, by revealing the significance that it has in many peoples lives.

Sam Jacobson and Yash Bhutwala created SRVCdata.org as a resource for social organizations to measure how well their programs are addressing issues in the central Susquehanna Valley. Their website includes data resources such as reports dealing with health, security, demographics, economic growth, and much more. The website also provides a trendalyzer, a visualization software that creates an animation of a plot of two different variables and then tracks them over time. Individuals can also use the website to learn more about the five counties of the Central Susquehanna Valley through the qualitative data and reports they provide.

The website allows sufficiency when trying to locate primary data relating to these counties. For although the primary data they have collected exists throughout the web, it takes much time and effort to uncover. The website pulls all this information together to make it easier for people to find, and use. Sam and Yash believe that organizations will be able to benefit from the use of this website, and it will encourage them in addressing important issues and facilitating change in these counties.

Sam and Yash are still working on further perfecting the website, and organizing the data for more sufficient and accessible usage. They believe that the website will be a useful tool to provide easy navigation and easy understanding of important information regarding the five counties in the Central Susquehanna Valley, and thereby promote change and improvement.