Father Kubek, once remembered as the devoted priest of St. Mary’s Byzantine Catholic Church, left behind an impressive wealth of literature in the form of lyrical poetry, prose, short stories, and the novel Marko Šoltys. After emigrating from the Hungarian Kingdom (present day Slovakia) where he had been an accomplished journalist and lexicographer, he settled down in Mahanoy City, PA, where he sustained his journalism career by producing articles, stories, and verses for Carpatho-Rusyn newspapers and magazines. Mahanoy City served as the source of his inspiration, and as a historic and scenic backdrop for many of his works, many of which focused on the Carpatho-Rusyn immigrant experience as urban miners. In the late nineteenth and early twentieth centuries, an amassment of Slavs from the Austro-Hungarian Empire immigrated to America, many settling into coal mining job opportunities that were in demand for unskilled, low paid labor. There is very little Carpatho-Rusyn literature regarding the migrant experience that has been translated into English, and therefore it has made very little impression in American literary history. The Emil Kubek Project serves to preserve Carpatho-Rusyn literature and the voices of Slavic immigrants, contributing to the significance of this group in American literature and history. 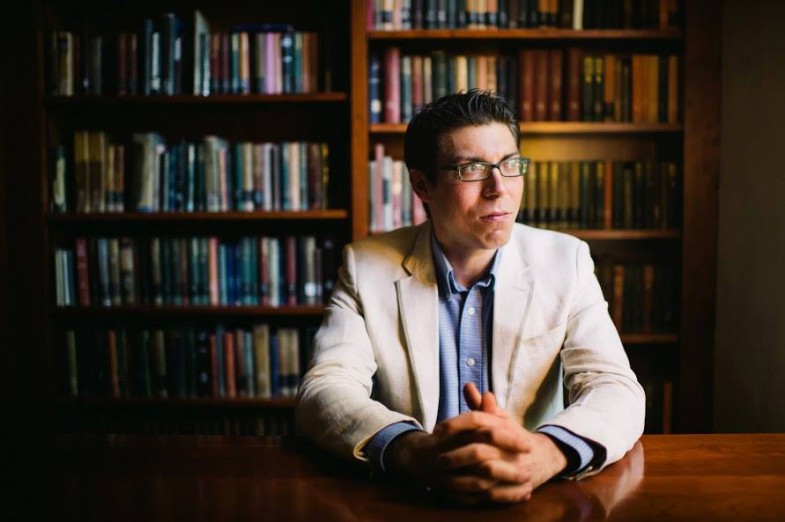 As a National Endowment for the Humanities summer scholar at Columbia University, Kupensky came across a number of Kubek’s poems in a Carpatho-Rusyn newspaper called Den’ (The Day) amidst working on his research project on Carpatho-Rusyn literature published in American newspapers. Intrigued by Kubek and his work, he jumped at the opportunity to create the Kubek Project. Kupensky hopes that the project will leave a lasting impact for the Mahanoy City community. “I mainly want people who know Mahanoy City well to learn more about the town’s most prolific writer. I hope that Kubek’s work will be a source of pride for the community. For the Carpatho-Rusyns, many of whom are acquainted with Kubek’s work, I want them to discover Mahanoy City and see the ways in which the town influenced his writing,” Kupensky said.

The project can be viewed on the WordPress site https://kubekproject.wordpress.com, where Kupensky’s translations of Kubek’s texts and information on Kubek and Kubek’s Mahanoy City can be used as resources to learn more about Kubek’s work. On the site, there is also a virtual walking tour, called The West End Walking Tour, which was organized to allow the public to enjoy Kubek’s work whilst experiencing the sights of historic Mahanoy City that inspired it. For now, the tour will primarily be virtual, but a few guided tours may be organized in the future. Kupensky is also planning a Kubek celebration in Mahanoy City this upcoming November 22nd. Check out this link for more information: https://kubekproject.wordpress.com/2015/10/26/emil-kubeks-mahanoy-city-november-22-2015/ To reserve a seat on the Bucknell shuttle, contact Carol High at ckh007@bucknell.edu.